Our team consists of VDWS certified members. That means experience. And experience translates to safety and a certain way of knowledge dissemination.
But we believe that those qualities, while essential, are not enough.
There’s a passion behind the things we do.
It’s the reason we have traveled around the world. We have gathered experiences, ideas and certifications.
In the meantime, we had one thing in mind: help others discover what is great about windsports, and also help the ones who already love them as much as we do, be great at it. In order to do that, we had to find the absolute ideal beach, and the most suited people for the job. And that brings us to here, and now.

So join us. Let’s surf together, and Ride With the Gods. 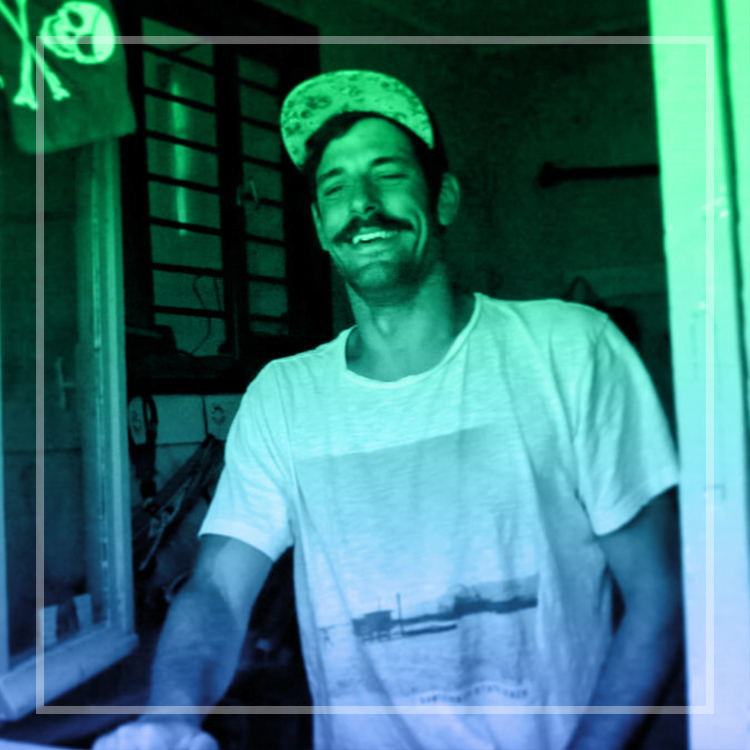 Alfred graduated from the University of London (Royal Holloway) with a Masters in Film studies and Documentary production in 2004 and returned to Greece in 2005 where he started working in the entertainment business with several major tv production companies.

In 2011, soon after the outbreak of the economic crisis in Greece, he decided to quit the tv production business and the urban lifestyle altogether, and explore an alternative career by leveraging his skillset in his -up to that point- hobby’s of windsurfing and snowboarding.
Between 2011 and 2014 Alfred worked as a station manager in Paros island and as a snowboard instructor in several ski resorts in Greece. During that time he acquired several certifications, namely a diploma as a snowboard instructor by the Austrian Ski Federation, a windsurf diploma by the internationally acclaimed VDWS School in Germany, as well as subsequent training in watersport station management.

Alfred has also been an active Judo and Brazilian Jujitsu athlete, currently holding a 2nd Dan in Judo, with significant experience and long standing member of the Greek Federation.

Alfred’s prefers windsurfing in wave conditions as he enjoys the bump and jump, riding as well as trying aggressive moves like tabletop and forward loops.